PTE Test | 7 Updates in PTE That You Must Know 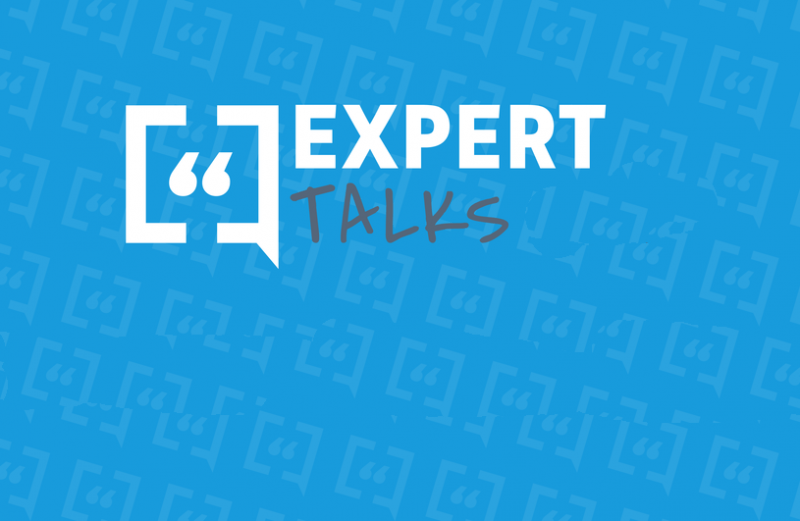 PTE Test | 7 Updates in PTE That You Must Know

knowledge-zone » PTE Updates » PTE Test | 7 Updates in PTE That You Must Know
PTE Test is constantly evolving, but the changes are not that big. If you ask us its more rumors than truth. Sure, 2019 had been a great year for PTE as more and more are opting for the PTE test but 2019 was the year of speculation for PTE Exam.

The Pearson Test Of English was in news for some so-called major updates that they have brought this year. However, it is necessary to understand that like every year Pearson did make some changes, to maintain the credibility of their tests.

Before we dig deep into it, let’s talk about

What has not changed in PTE Test?

So here is the big news : there hasn’t been any change in the pattern of the PTE Test. Now, what do we mean by the pattern? Well, it simply signifies that PTE Academic hasn’t made any change in their task types or section-wise tests. They have also not altered the question pattern. For example, The describe images are still the same and so is the write from dictation. 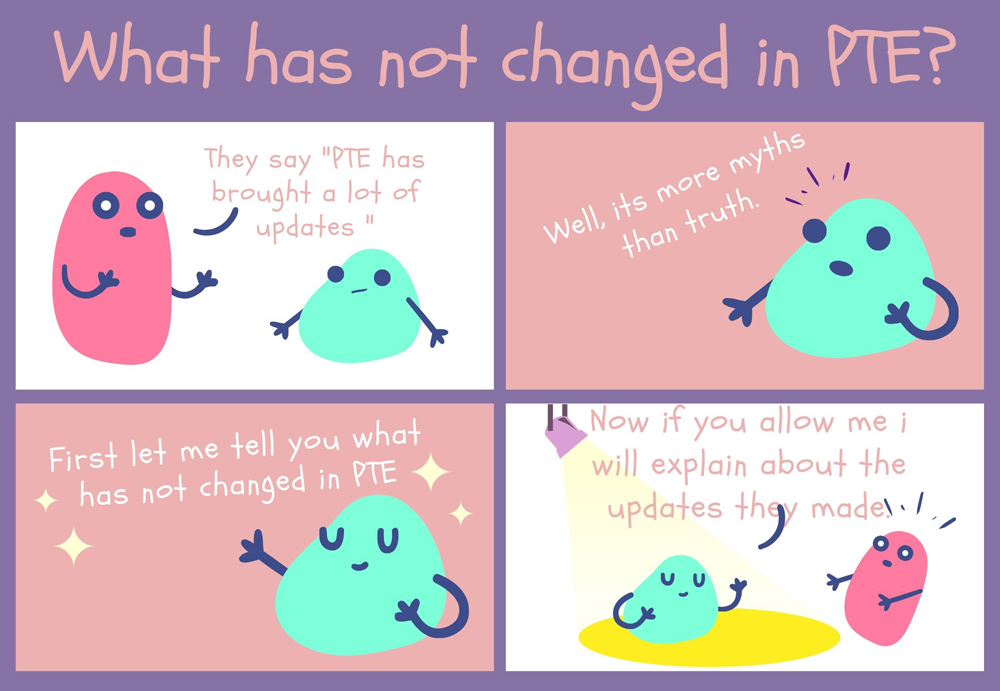 They also haven’t introduced any new algorithms or methods for evaluation and the whole test remains the same as it used to be in the good old days. Now with that being said, let’s talk about what has changed in PTE Exam

Pearson has simply added new questions in the PTE exam which means that test-takers won’t be seeing the old repeated questions more often.

How should test takers react to it?

We have often seen test-takers talk about how their scores will be getting affected with the new updates. To be frank, there is nothing to worry about if you have done a systematic and sound preparation.

It is necessary to understand that memorizing the questions and answers won’t take you far; in fact, it will hamper your performance. You need to indulge in the learning process to score better.

The first sub-section is the ‘Read Aloud’. In this section, the only changes brought by the Pearson test are the inclusion of few more questions and some difficult words but for those individuals who prepare sincerely and systematically, it won’t be a problem, therefore, the only thing required is self-belief.

The second sub-section is the ‘Repeat sentence’. If put in a nutshell “Repeat Sentences have become tricker.” There is a new addition of long sentences that are difficult to follow for a new listener who is not habitual of speaking English. The audio time has increased earlier it used to be only 10 seconds, now you can expect 15-second audio.

You can make yourself more acquainted and score high by practicing your pronunciation as well as listening & watching English documentaries.

The third sub-section is ‘Re-tell Lecture’ There are new questions that have been added to this section, here a test taker has to emphasize the content that is written as the scoring are integrated for speaking and listening sections. The question types remain the same and you can expect both audio and video as earlier.

Describe image and ASQ hasn’t seen any major update in terms of questions. Pearson used to add questions from time to time to Describe image earlier also and they continue to do so.

The second section is the writing section which consists of both summarize written text as well as essay writing: ­­­­­

Summarize written text used to be all about using templates to score better as the questions used to repeat very often. The same is going to change now as Pearson has added some fresh questions in the PTE Exam. Repetition won’t be so frequent and you need to work on your content to score better.

The second sub-section is ‘Essay writing’ where new questions have been added. So, the PTE coach strongly recommends to avoid the use of templates and work on improving your writing skills. Your content will matter the most in essay writing.

Just like the other sections the reading section has also some new additions and consists of a new pattern of questions where knowing English grammar plays a very critical role. Therefore aspirants need to know well about grammar usage as well as the fast techniques to complete this section.

Again the problem is for test takers who tend to cram the repeated questions.

The second sub-section deals with the fast understanding of the test taker to be able to write as said in audios they hear. Here again, grammar plays an important role in scoring well. There has been some addition of new questions which is not so difficult to attempt.

We have also heard from our users that the audio speed of the recorder has increased. This can surely create some difficulties.

For scoring well in the PTE exam a test taker must learn the art of time management. Also, the writing skills should be good that you can achieve by having the perseverance to write as well as listen to different documentaries.

To develop these skills, you should do more practice with the help of test packages. You can analyze your weak areas and the loopholes with the predicted scorecard.

To summarize, here are a few points that can ease your tension related to PTE Study.

PTE Academic : A Complete Overview of the English Language Test

[wpseo_breadcrumb] PTE Academic or Pearson Test of English is an unbiased English Language test trusted by universities and institutions around the world. PTE Academic is basically used for studying abroad and immigration purposes.  The main…

PTE Read Aloud | How To Score Better In This Task Type?

[wpseo_breadcrumb] Scoring 79+ in PTE Exam is a dream that all PTE aspirants want to achieve. Isn't it strange how your PR Dream! the big Australian dream; the dream to travel overseas all depends on…

All you need to succeed on test day